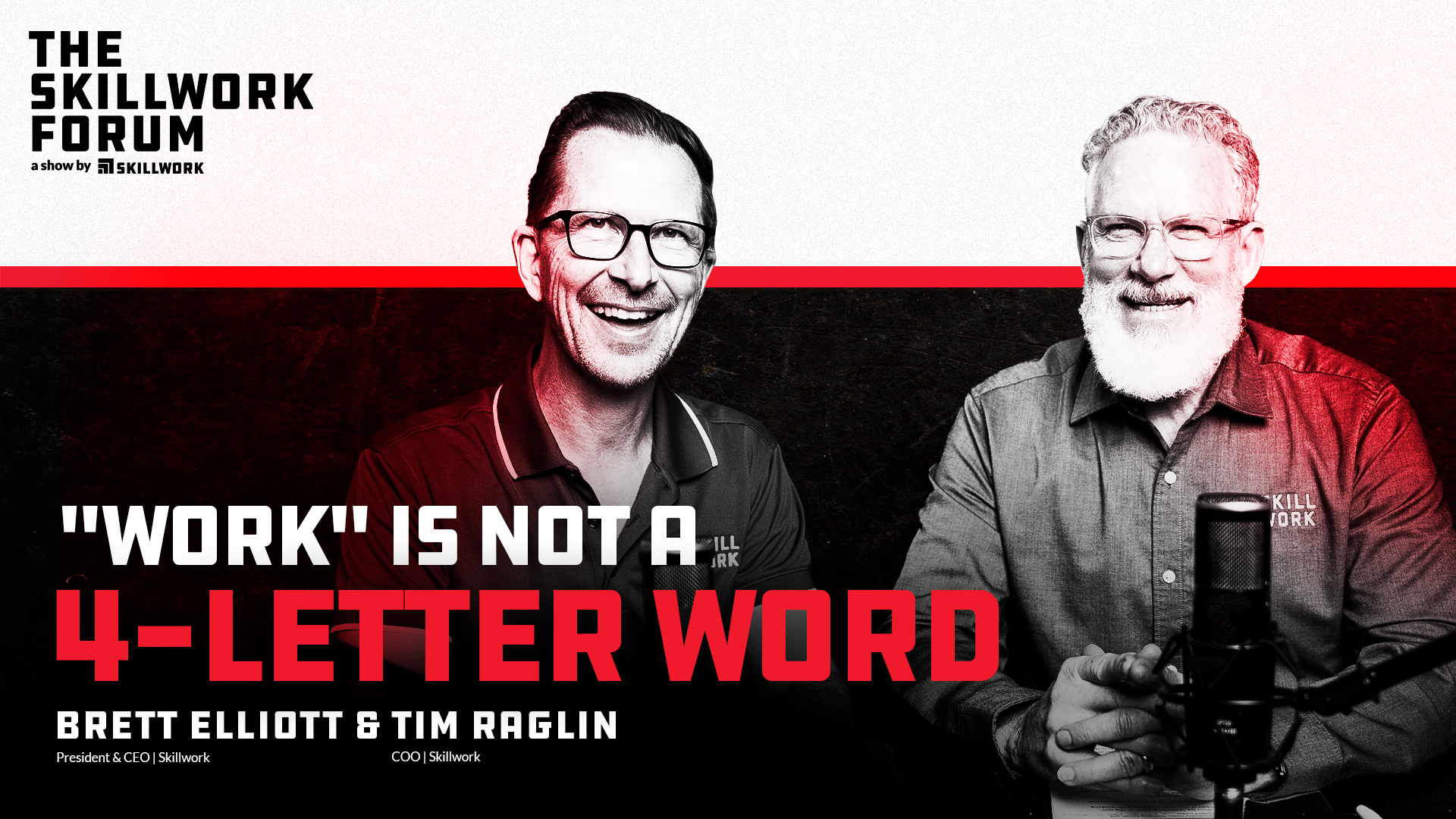 Changes in the Skilled Trades

Society’s devaluing of “blue-collar” jobs
Over the last several decades, there has been an erosion, if not an all-out assault, on the traditional skilled trades. This is correlated to the third industrial revolution—the computer age. We’ve learned to “work smarter, not harder”, which has its benefits, but over time has made hard work something to be looked down upon.
Mike Rowe, host of the TV show “Dirty Jobs”, is one of the biggest critics of this negative mindset towards the trades. He argues that we as a society have made old-fashioned work, like “blue-collar” jobs, the enemy. After decades of pushing college degrees for all graduating high school seniors, we’ve devalued every career path that doesn’t involve a four-year degree.
Some of this is due directly to the successful marketing by universities, who have convinced the public that it’s acceptable and normal to go $100k or more in debt to get an education for a job that pays much less. A recent US News and World Report study found that in-state tuition and fees for public universities have risen 211% in the last 20 years, significantly outpacing inflation.
The majority of college graduates are either unable to find work or not making enough to pay off their massive student loan debt—and yet, society keeps pushing young people down this path with decreasing success. It’s a cause for enormous stress and has had a ripple effect throughout the whole economy.
Meanwhile, there are plentiful job opportunities in the trades, but many people aren’t interested or willing to pursue these careers. 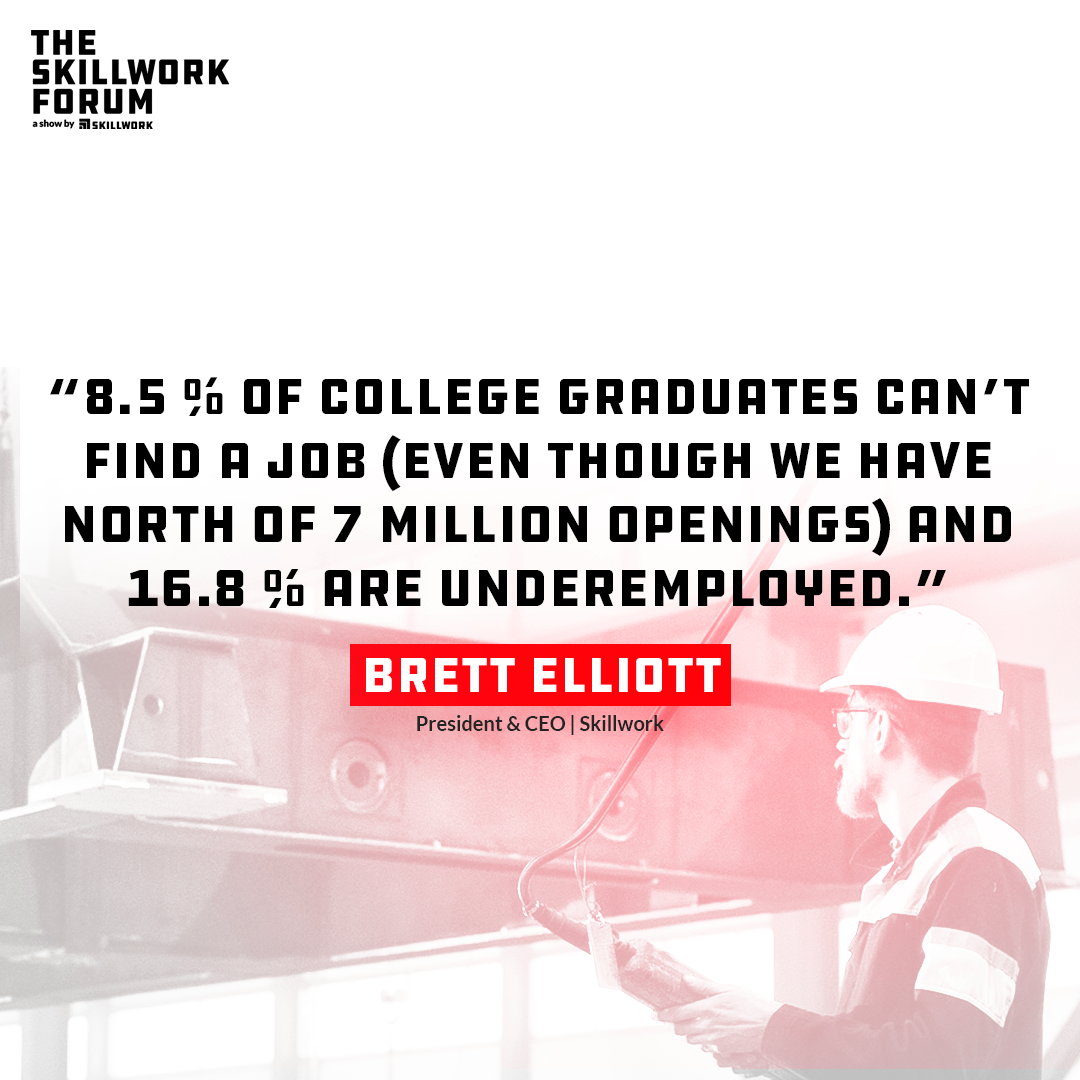 Not problems, but symptoms of what our society values
This is a cultural problem. We’ve laid the foundation for a widening skills gap, increasing worker shortages, and a mountain of student loan debt, which recently passed $1.5 trillion for over 44 million individuals nationwide. Leaders talk about the millions of “shovel-ready” jobs, and then shame people into never picking up a shovel.

Mike Rowe summed it up best:
“Our crumbling infrastructure, our widening skills gap, the disappearance of vocational education, and the stratospheric rise in college tuition—these are not problems. These are symptoms of what we value…We have to reconnect the average American with the value of a skilled workforce. Only then, will the next generation aspire to do the work at hand.”

There are strengths and weaknesses to both
Neither trade school nor four-year colleges and universities are inherently good or bad. There are strengths and weaknesses to both models. The problem occurs when we assign either as a “one-size-fits-all” approach—and that’s just not true. It’s critical that we view each option honestly and impartially before choosing the best option for each person.
The good news is that we are seeing some markers of change. People are starting to consider options other than a four-year college degree, largely due to the pandemic, economic hardship, and forced virtual learning. Tech school enrollment is up 8-20%, while university enrollment has declined nearly 8%.
Facts to consider when making the choice
Ultimately, the lower cost, great earning potential, and direct entry into the workforce are all strong benefits of trade school. Our goal is not to push people into the trades, but rather encourage them to consider their skills, passions, and calling and what kind of career best encourages those things.
Here are some facts to consider when making the choice between trade school/community college vs. a traditional four-year school. 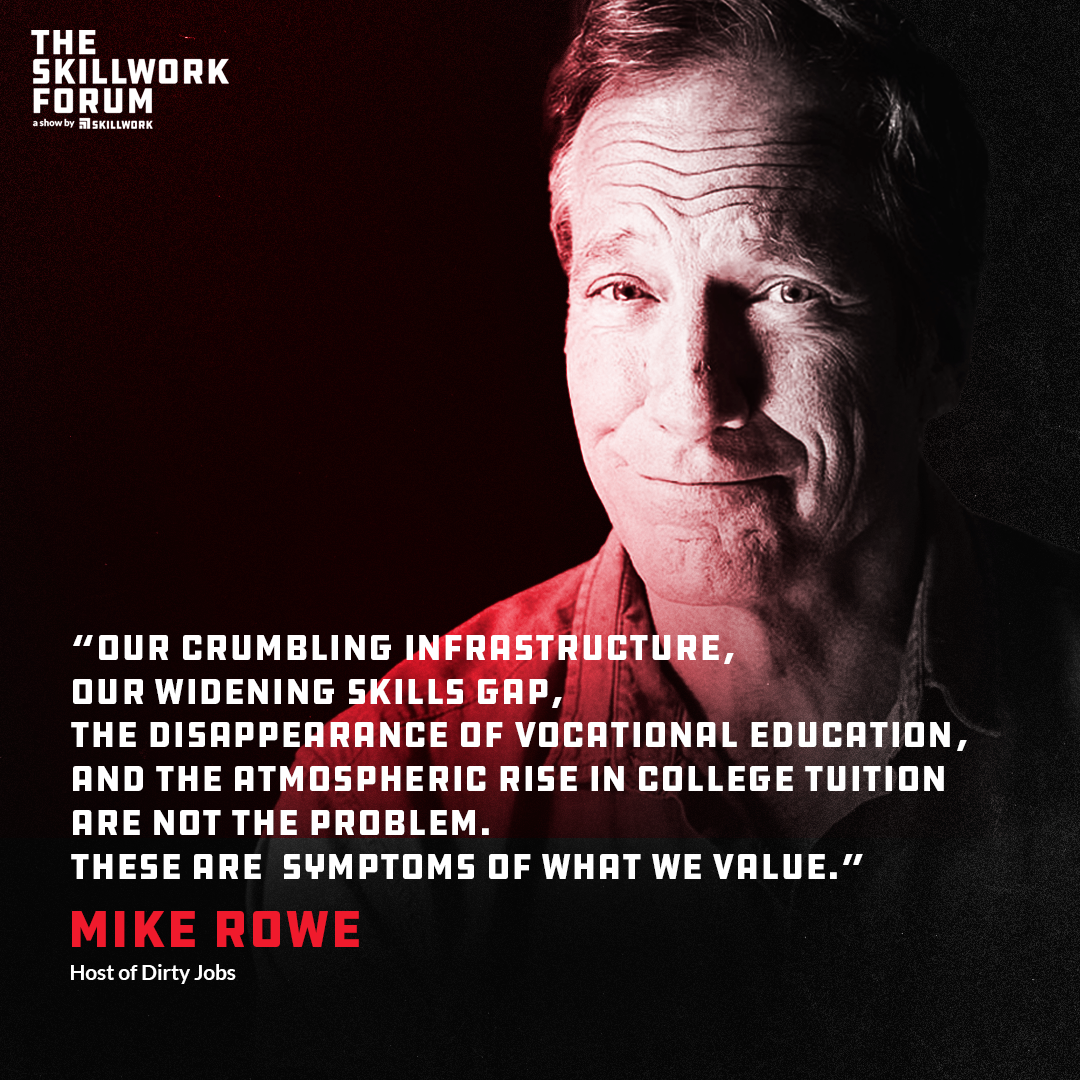 Higher skills are necessary and lucrative in the Fourth Industrial Revolution
The Fourth Industrial Revolution is well underway. Cloud technology, AI, predictive maintenance, and interconnected systems are changing the face of the skilled trades—and workers need to evolve their skills as well. A recent Forbes article states, “For manufacturing, tech savvy workers are a hot commodity.”
The shrinking population of workers coupled with high demand is the perfect storm for companies who were already stretched thin. Many are addressing this challenge by increasing automation and utilizing advanced technology. However, this puts higher demand on workers with advanced skills and less on “entry level” or generalized positions.
Many companies are getting serious about training or upskilling their existing talent
If you’re a skilled worker and looking to increase your pay or be more competitive in the job market, upskilling is a great place to start. There are a variety of approaches, from hands-on mentoring, to VR technology or even a classroom setting. Companies are realizing that this is a necessary investment for the long term, and there will be more opportunities for increasing skills in the future.
Skillwork recruits and deploys many skilled tradesmen over 50 years old
Don’t buy into the idea that you have to be part of the younger generation to understand and thrive in technology. While many companies focus their upskilling efforts on the younger generation to attract them to the trades, there are opportunities for older generations as well. All it takes is a willingness to put in the time and work to learn. In many ways, upskilling for boomers is an even greater opportunity because of their depth of knowledge and experience. You can become incredibly valuable when you add advanced skills to your resume.
At Skillwork, we recruit and send out many skilled tradesmen over 50 years old. These workers have experience, work ethic, maturity—and the skills to back it up. We partner with them and help them advance their craft. In the meantime, the younger generations are being encouraged to pursue the trades and build up their skills for the long term.

Conclusion: We’re in the Golden Age for Skilled Workers 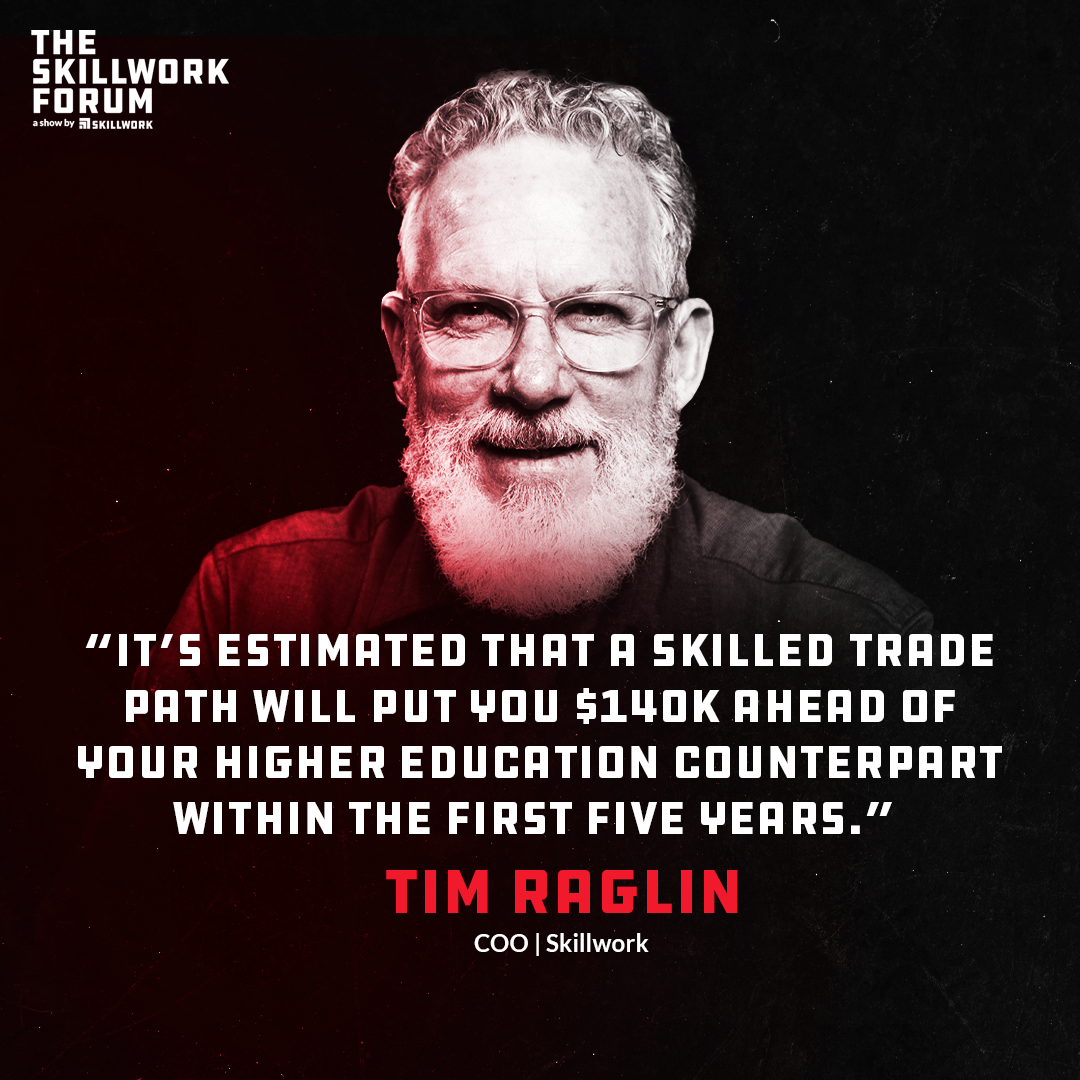 While it has its merits, the “work smarter, not harder” mentality has taken us down a dangerous path and caused significant challenges in the trades. Our society has largely forgotten the value of old fashioned hard work—and by extension, devalued the trades. We need to bring respect and honor back to the skilled trades if we want to see lasting change.
Fortunately for tradesmen, we’re living in what has been called “The Golden Age for Skilled Workers”. There’s a wealth of job opportunity in all sectors, great pay, advanced technology, flexibility, and long-term stability—not just a stop gap approach, but a lifelong career.
We’re passionate about restoring honor and respect to the skilled trades. Pursuing a trade is an honorable path—not “second-tier” to college degrees. If you’re a skilled worker looking for jobs or employer looking for workers, contact us today at www.skillwork.com. 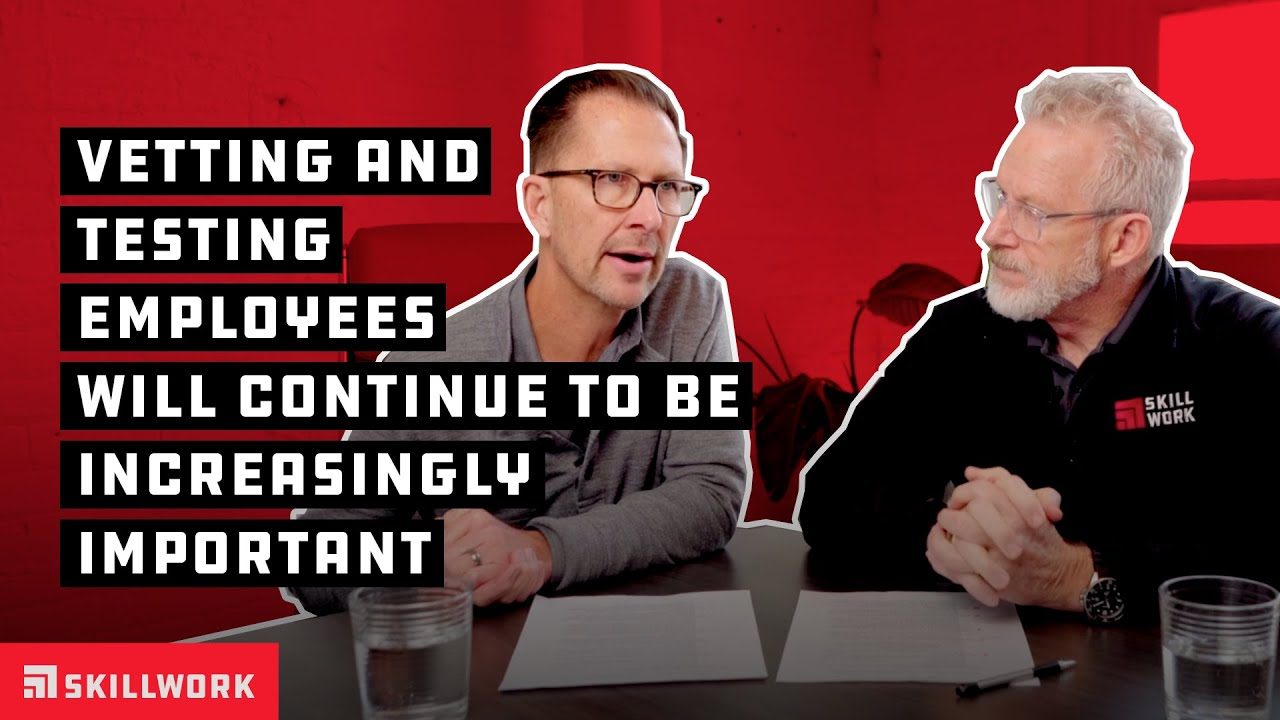 Why You Need To Vet And Test New Employees

Are you vetting and testing your skilled workers?

For any company hiring skilled workers, this is something we predict is going to be increasingly important moving into... 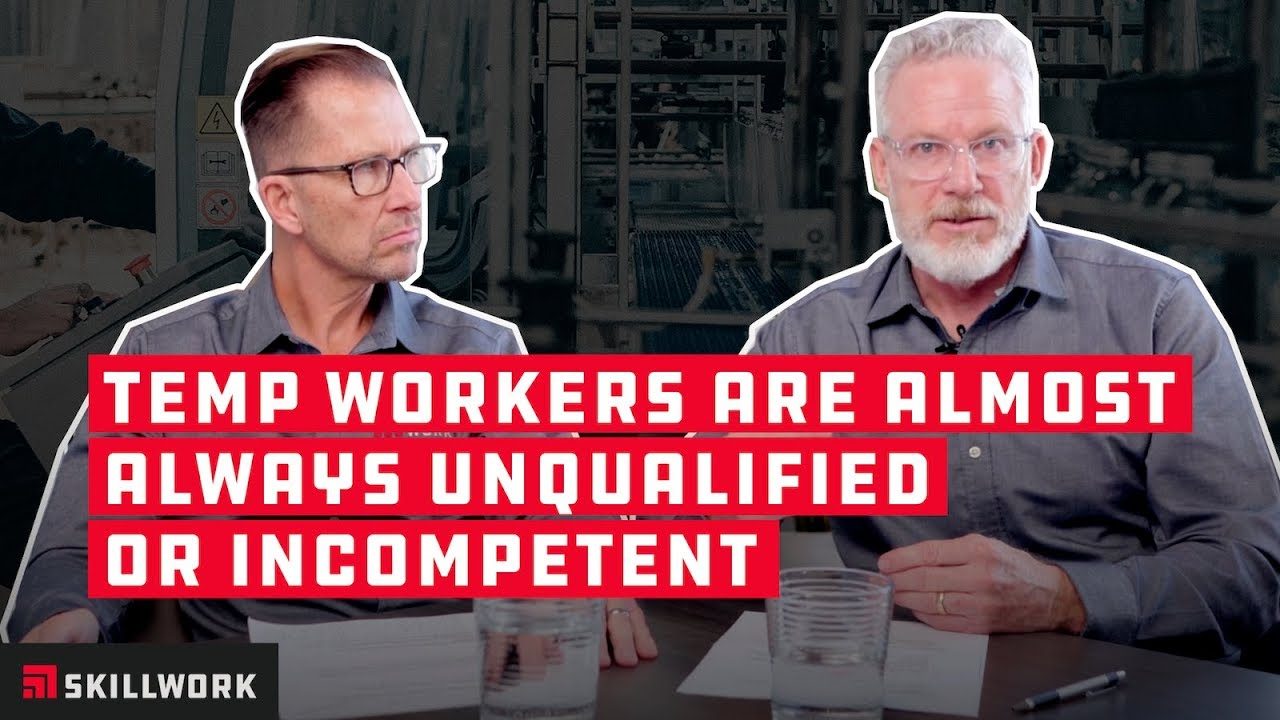