A 2017 McKinsey Global Institute study predicted that roughly one-fifth of the global workforce will be impacted by adopting artificial intelligence (AI) and automation by 2030. Another study by McKinsey states that technologically-driven productivity gains have gone hand-in-hand with rising employment 100% of the time.

So, will automating jobs put people out of work? To put things into perspective, it’s estimated that less than 5 percent of all occupations can be automated. Few jobs will be replaced by automation with robots, but more jobs will be created by the use of automation and AI.

In this episode, we cover the following topics:

First, what is automation in the workplace?

What Is Automation in the Workplace?

There’s a common misconception that automation equals robots—but that’s only partially true. In the office, automated processes are software-driven, while automation in manufacturing relies on hardware (i.e., robotics).

So, what is automation in the workplace?

Workplace automation uses technology (software and/or hardware) to complete repetitive or easily replicated tasks that don’t require human intervention. The goal of automation is to increase efficiency and productivity by removing manual and monotonous tasks.

While automating jobs may be a concern for some, it also creates jobs. For instance, one bottling plant employs 630 people, 100 of which were on the maintenance team. As robots and automation increase, the equipment and technology naturally require the expertise of highly skilled technicians to keep them running.

What Is Smart Manufacturing?

Right now is a pivotal time for adopting what's been called “Smart Manufacturing”. MESA, the Manufacturing Enterprise Solutions Association, defines “Smart Manufacturing” as the intelligent, real-time orchestration and optimization of business, physical, and digital processes within factories and across the entire value chain.

In layman’s terms, Smart Manufacturing is when the technology in manufacturing facilities “speak” to each other. Its goal is to run a more efficient facility that’s more proactive than reactive.

MESA and Rockwell Automation surveyed 321 manufacturers across the country in different sectors, and 83% of those respondents believed that Smart Manufacturing is absolutely necessary to their organization's future success.

Automation is no longer a luxury for the big guys that can afford it. As they scale, automating jobs will also become more affordable and available for all companies. 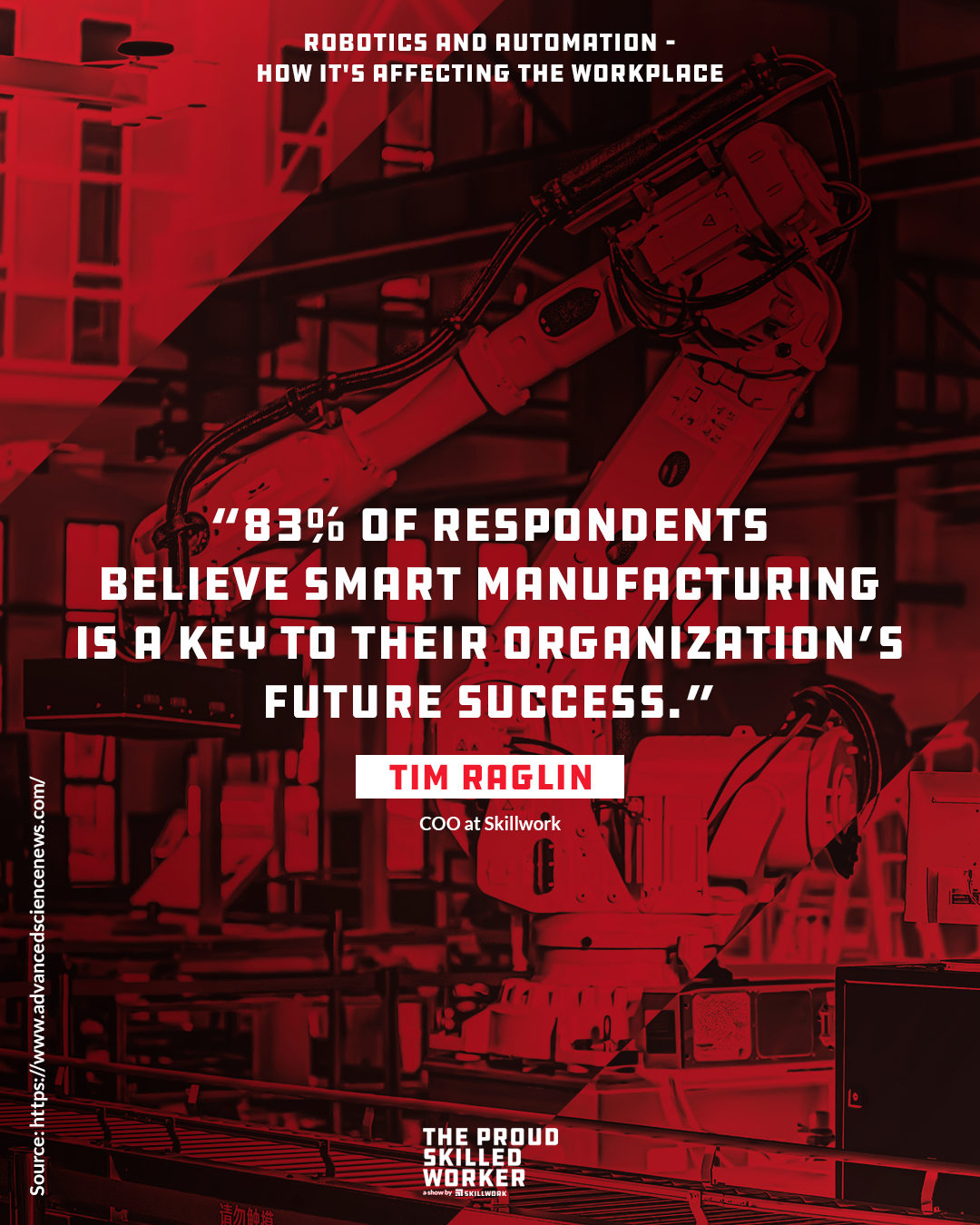 Example of Automation in the Workplace

In this podcast, Tim talks about a produce production facility that has implemented robotic tools to increase efficiency. As tomatoes came down the packaging line at a faster and faster rate, the human eye couldn’t pick out the difference between the ripe red tomatoes from the green ones.

So, the company invested in robotic arms with “flippers” that picked out the green from the red at an incredibly fast and accurate pace. Roughly 5% of the tomatoes were green, so to the human eye, they were lost in a blur of tomatoes. But the robotic arms flawlessly removed the  unwanted tomatoes knocking them off the line between this waterfall of red tomatoes without a problem.

This is just one of many automation in the workplace examples.

3 Benefits of Automation in the Workplace

In this short section, we list three reasons why automation is good and can benefit your company.

When a business implements robots and automation effectively, they don't replace jobs—they increase productivity. Automation with robotics can relieve humans of repetitive tasks. For instance, by automating mundane tasks, employees can focus their time and attention on higher level cognitive tasks that humans can do better.

With a robot being able to complete the work of three or more people, the cost of direct and indirect labor decreases. With proper maintenance by a skilled technician, a machine can operate at peak performance for years for a fraction of the cost of three employees. However, the need for higher level maintenance staff must be included in the cost in order to determine the true return on investment. 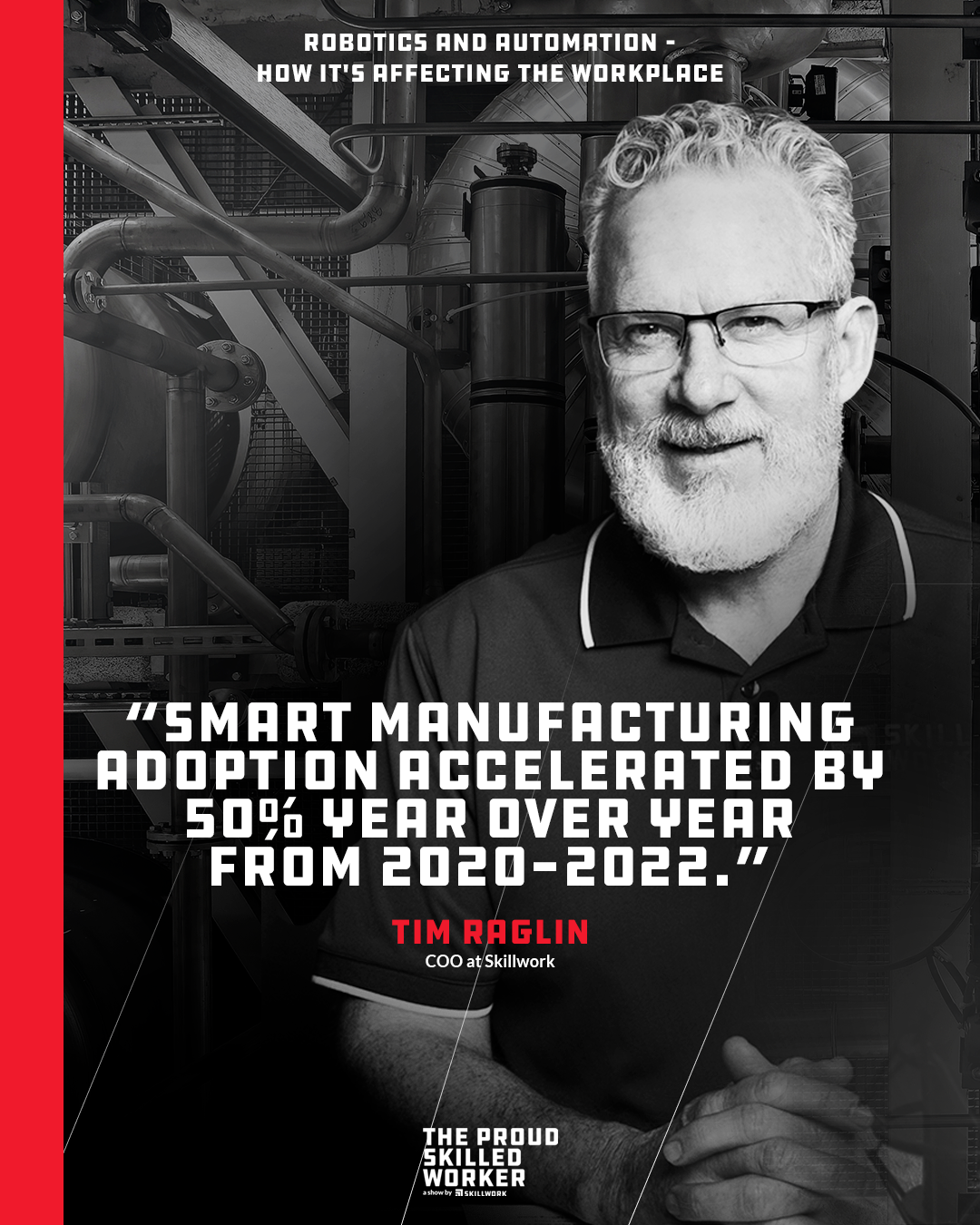 When set up correctly, automation can prevent or at least minimize human error. For example, it’s easy for employees who do repetitive tasks to slip up or make careless mistakes because it’s difficult to maintain consistent concentration over a long period of time. Automation removes the possibility of manual error altogether.

The way automation, AI, and robotics can benefit your business will vary depending on your industry and needs. But, one thing we know for sure is that you're going to need a higher level of skilled staff to maintain, install, troubleshoot, repair, and replace this high-tech equipment.

The Future of Automation in the Workplace Requires Skilled Workers

Even though it’s painfully obvious to most, skilled workers are hard to find because there’s a labor shortage that isn’t getting any better. Gone are the days of posting a job ad in a local paper. It makes good business sense to consider partnering with a tradesmen staffing company like Skillwork to find the workers you need to keep your facility  running at optimum performance. As noted above, the need for tradesmen will continue to rise as more companies adopt automation and advanced AI solutions.

Think about it like this - it does little good to have a Rolls Royce in the garage if you can’t find a mechanic that can repair it. The same is true for organizations that are adapting more automation. Its great to have advanced equipment, but it takes highly skilled professionals to make it run. If you find yourself in this place, reach out to us—we'd love to talk with you about it. Working with a trades-specific travel staffing agency ensures that you’ll hire the right tradesmen when you need them, where you need them.

If you’re ready to start hiring skilled workers, reach out to one of our recruitment experts today. 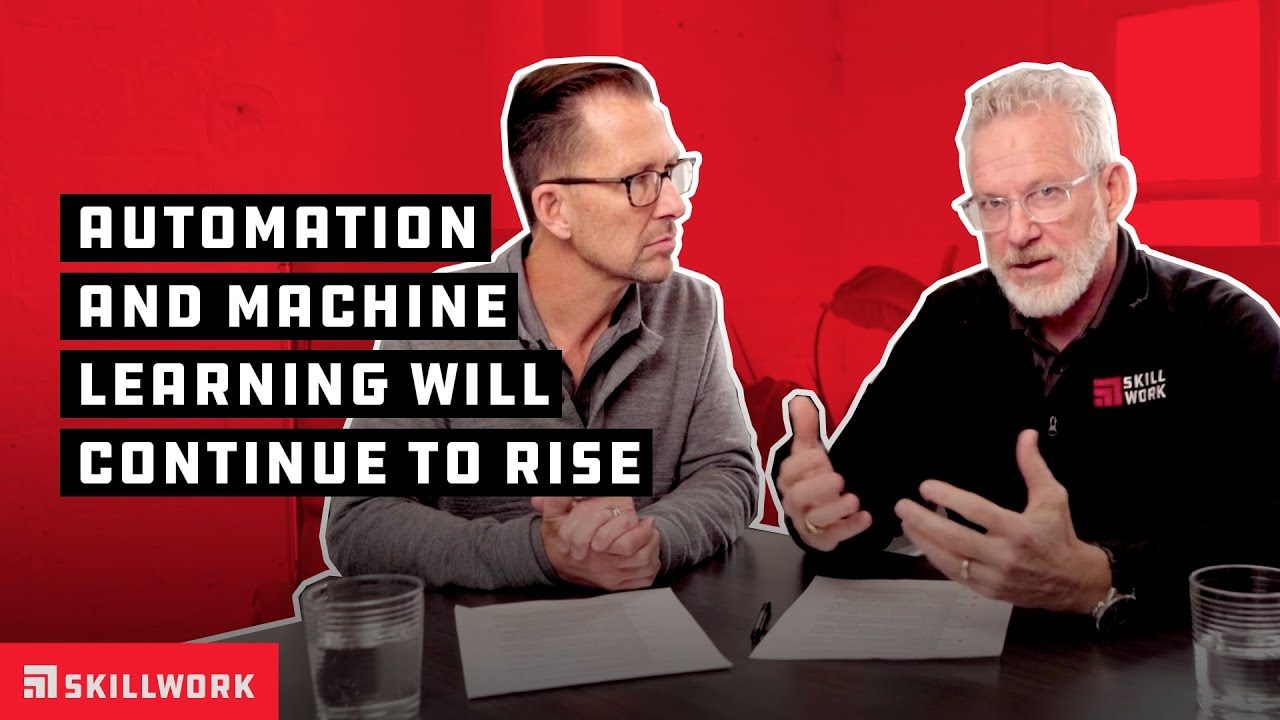 Are You Properly Staffed For Automation? 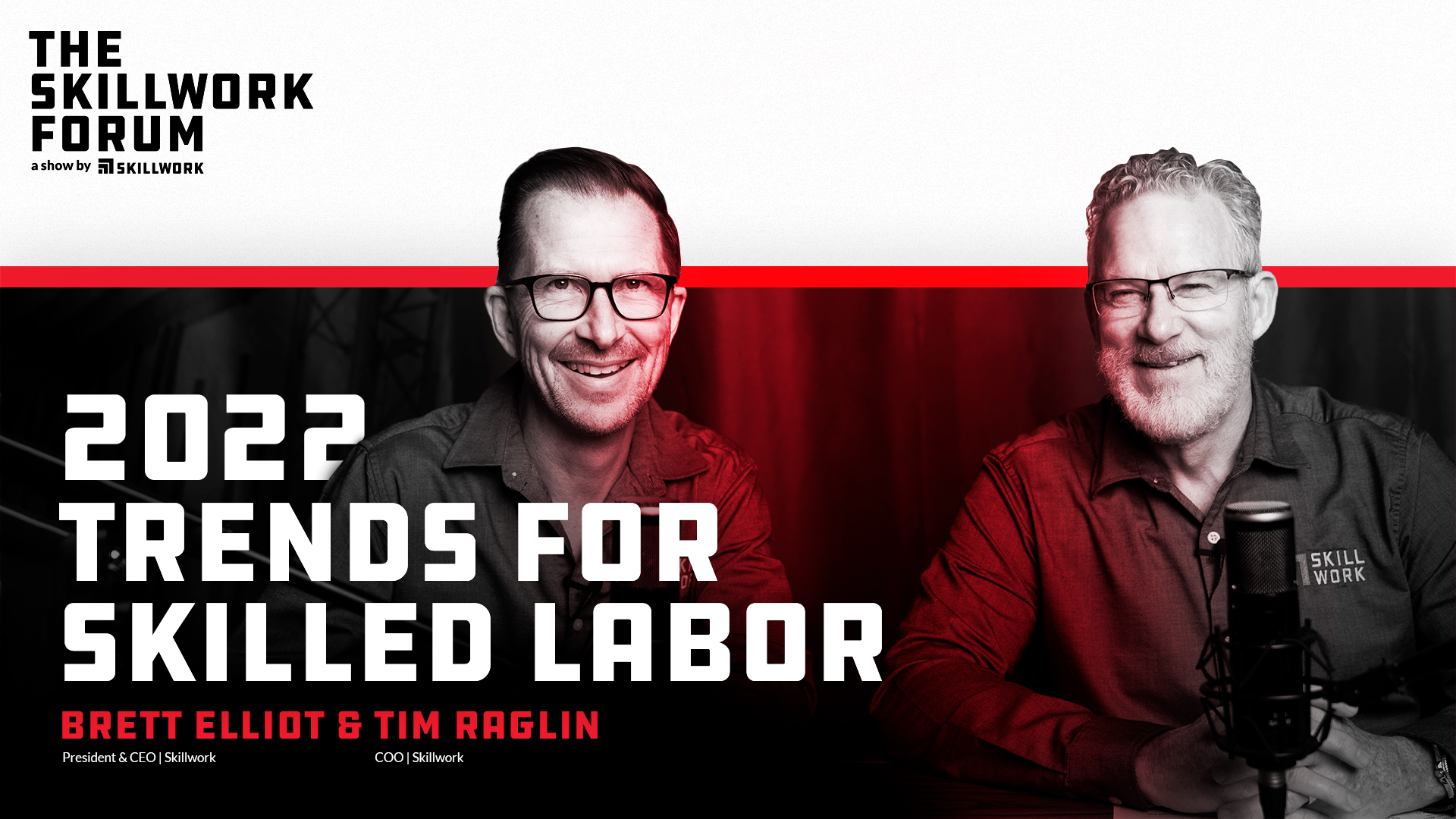 In many ways, it’s the golden age for skilled workers. There is high demand for trade labor jobs, pay is on the rise, and the recent infrastructure bill will provide...